A Xiaomi has already launched several Gadgets e smartphones that challenge the impossible.

But the Chinese giant seems to have one more card up its sleeve, allegedly preparing a smartphone in unprecedented detail.

O smartphone of the future?

During the recent times, the market for Bluetooth earphones / earbuds has grown exponentially, having become practically an essential asset for any user. However, it still requires users to transport their earphones separately.

Thus, presenting additional concerns, both so that the user does not lose them or keep them with a sufficient level of charge for their use.

With this application, users don't have to worry about transporting their earphones or even with your own shipment, as these will always be within your smartphone and, with available battery.

Furthermore, everything indicates that when these small earphones can also be used as columns of the smartphone.

His design is as simple as possible, just with a rotating head, so it can be easily stored in the smartphone and then adapted to the user's ear.

Is this a case of being strangled first and then becoming entrenched? Filipengine thinks it's a good bet! 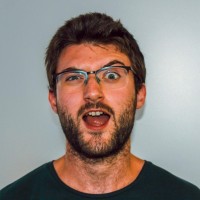